Fresh off of their multi-platinum debut album Vivid, New York-based heavy metal/hard rock/funk outfit Living Colour returned with Times Up. Like its predecessor, Times Up featured a sound that borrowed from a variety of genres. Sonically, its sound was defined by lead singer Corey Glover’s pop-meets-soul melodies and guitarist Vernon Reid’s artful but heavy guitar riffs. What truly made them a first-rate band though was the power and precision of the rhythm section of bassist Muzz Skillings and drummer Will Calhoun.
The palette of music was varied with songs that were light (“Love Rears its Ugly Head”), politically conscious (“Pride” “Under Cover of Darkness”), and of course heavy (“Information Overload”). Yet the two albums differed in that the latter was far more dynamic in sound and tone. Always a central figure in the band, guitarist Vernon Reid dialed back the blistering guitar solos, in favor of heavily delayed riffs (“Fight the Fight”) even playing clean on the Caribbean-influenced “Solace of You.” On “Love Rears” Reid takes the opportunity to show off his jazz chops with an off-kilter solo that would have made his former collaborator Bill Frisell proud. Unfortunately, Times Up would be the last full-length album featuring the incredible rhythm section of Skillings and Calhoun, as Skillings would leave the band shortly thereafter.

Aquemini, Outkast’s third studio album signified a turning point for this Atlanta-based rap duo. It was the album that made them a household name, largely on the strength of the single “Rosa Parks.” But the album was also important because it gave some indication of where the duo was headed. Like their debut album Southernplayalisticadillacmuzic, Aquemini featured their signature smooth, drippy, southern-rap/funk sound, featuring live musicians (and not sampled). Yet the themes played out in their songs were rooted mostly in the lore of street pimps and gangster life on previous outings. On Aquemini, rappers Andre 3000 and Big Boi seemed to opt for a more conscious tone lyrically; the result was a rousing success.

The career trajectory of the Beatie Boys – from boisterous, obnoxious, white hardcore rappers to 3-dimensional, politically/socially conscious musicians – is the stuff of legend. Indeed, by 1992 most average joes (including me) thought these guys were washed up. In fact, when someone told me they had a new album out (Check Your Head) I thought they were kidding. I guess the joke was on me, as Check Your Head would serve notice to the rest of the world that the Beastie Boys had no intention of being a flash in the pan. Drawing from all manner of influences, including two in particular (The Meters and Bad Brains), Check Your Head would serve as a template for later albums to come with songs ranging from straight-ahead rap (“Pass the Mic”), to rap/rock (“Gratitude”), to chilled out funk instrumentals (“Lighten Up”). Also, MCs Ad Rock, MCA and Mike D served as instrumentalists on Check Your Head proving that there was far more to this group than most folks originally thought. 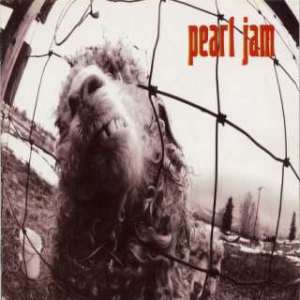 If you’ve been paying attention, there’s a trend forming here: follow-up albums. Like several other albums on this list, Vs. was the follow-up to Pearl Jam’s multi-platinum debut album Ten. As one of the progenitors of the Seattle Grunge sound that defined 90s rock music, Pearl Jam would eventually forge a name for themselves; not only for the quality of their music, but as well for their longevity. Vs. is also the album that set the cast on a bond that would be forged between millions of devoted fans and the band as it proved decisively that Pearl Jam was here to stay. While the single “Daughter” stands out, arena-rock standards like “Go” and “Animal” made Vs. the behemoth that it was. Tonally, the album takes the group to new places with the PJ staple “Elderly Woman Behind the Counter in a Small Town.” To put it frankly, Vs. may be the group’s most concise album, and definitely one of the decade’s best.

20 years later I can still say, without hesitation, that I’ve never heard an album quite like Siamese Dream. Written almost entirely by the mad scientist himself – lead singer/guitarist Billy Corgan – Siamese Dream incorporated a variety of different influences to make an album that was refreshingly well-balanced. There’s energy (“Cherub Rock” and “Quiet”), beauty (“Sweet Sweet” and “Luna”) and of course plenty of emo (“Disarm”). While singles like “Disarm” and “Today” garnered most of the attention, Siamese Dream was more than a few token singles. Accompanied by skilled drummer Jimmy Chamberlain, bassist D’Arcy, and rhythm guitarist James Iha, the Pumpkins were on top of the world after this release. Of course, this begs the question: was 93′ a better year for music than 91′?