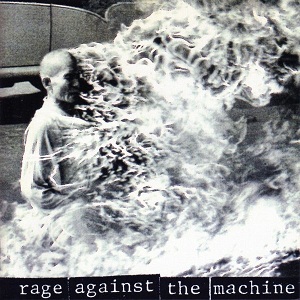 You’ll be hard-pressed to find an album that can channel the anger, resentment, and disillusionment of the social and political currents of the day with more clarity. Better than anyone before or since, these guys combined the best elements of hard rock and rap music to make a distinctive style of music defined by the bombastic vocals of lead singer Zack de la Rocha and the frenetic wizardry of guitarist Tom Morello. From the album’s opening song “Bombtrack” all the way to the closing track “Freedom”, Rage Against the Machine is a tour de force that still holds up well after 21 years of existence.

Select Cuts: Bombtrack, Killing in the Name Of, Take the Power Back

I don’t know that any band of the last 25 years comes close to being more hated than Oasis. Whether it was the rather public disputes between brothers Noel and Liam Gallagher, or the constant comparisons by the media and band alike to the Beatles, these were the guys you just loved to hate. Still, off the heals of their much lauded debut album Definitely, Maybe, the Brothers Gallagher found lightning in a bottle when they released this multi-platinum blockbuster album. While many will recall hits like “Wonderwall” and “Champagne Supernova,” other gems like “Roll With It” and “Some Might Say” made this one of the decade’s best.

Select Cuts: Roll With It, Don’t Look Back in Anger, Wonderwall, Some Might Say 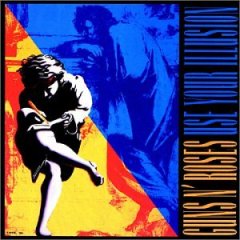 It would not be hyperbole to say that Use Your Illusion was one of the most highly anticipated follow-up albums in rock history. Guns N’ Roses stormed the music world with their debut album Appetite for Destruction, which would eventually sell 35 million copies worldwide. Fortunately, they avoided the sophomore slump with Use Your Illusion, by building on the hard, heavy, bluesy rock sound that defined Appetite. Not only was Use Your Illusion ambitious in sound, but it was also ambitious in other respects. As a double album, it spanned 30 tracks and nearly 3 hours of music. It spawned several high-profile music videos, and a world tour (one of the longest in rock history) and featured a song on the Terminator II soundtrack. Ultimately it would signal the beginning of the end for the band, as it would be the last album of original music released by the core of the original members (most notably Duff McKagan and Slash), but it was a thing to marvel.

Select Cuts: Live and Let Die, Don’t Cry, You Could Be Mine, November Rain, The Garden, Double Talkin’ Jive

Few albums evoke memories of college more so than Sister Sweetly. I’ll never forget the day my freshman year roommate Rob Sharp brought this CD (yes that’s what we used in the old days) home. He played the hell out of it, and it drove me nuts. 20 years later, I’m the one that still listens to it, while I doubt he’s listened to it much. So why is it on the list? Great American rock and roll, with a touch of blues. Lead singer Todd Park Mohr is a pro on the axe and the album is rife with blistering blues leads which have kept me coming back for 20 years.

Only 21, but singing with a maturity and charisma far beyond her years, singer/pianist Fiona Apple set the music world ablaze with Tidal, her debut album. The single “Sleep to Dream” set the stage with a sultry haunting sound, and the video to match. But what followed was a string of follow-up singles that made Apple a household name. While the album featured a few clear misses like the Caribbean influenced “The First Taste,” others like “Shadowboxer” proved that Apple was a formidable songwriter with the vocal chops to match. 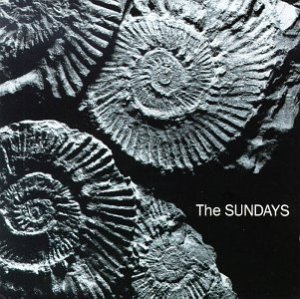 #20 The Sundays: Reading, Writing and Arithmetic

Reading, Writing and Arithmetic may be the best album you’ve never heard of. The album jangles (“I Won”), it shimmers, it’s haunting (“Joy”) and it evokes bands like R.E.M. and The Smiths, but in ways that bring out the best in both. Centered around guitarist Dave Gavurin and singer Harriet Wheeler (husband and wife), The Sundays would go on to release 3 full-length studio albums. While all good, none encapsulated the beautiful vocal stylings of Wheeler with the shimmery craftsmanship of Gavurin on the guitar.

Select Cuts: Here’s Where the Story Ends, Hideous Towns, Joy, My Finest Hour, Can’t Be Sure