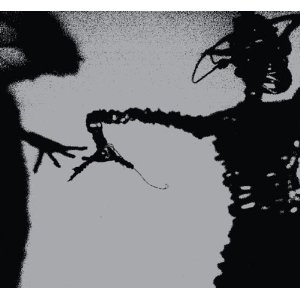 “Once you know the way down, the path belongs to you“… So says lead singer Greg Dulli on the track “Get Lucky” from the band’s most recent release, Dynamite Steps.

While Dulli rose to fame as the lead singer of the mighty 90′s alt-rock group, The Afghan Whigs, he’s managed to duplicate that same success as the brains behind The Twilight Singers. Though the makeup of each bands differs, the sound has followed the same formula: dark and evocative lyrics, combined with a gritty rock n’ roll sound with a touch of traditional R&B. And of course, Dulli’s scratchy, slightly-out-of-tune, voice serving as the signature piece. While Dulli’s career has been prolific, Dynamite Steps is indeed his best work since The Afghan Whigs’ Black Love.

What sets Dynamite Steps apart from its predecessors is it’s subtlety. Don’t get me wrong, Dulli’s still eager to flex his muscle as he does on the pulsating headbanger “Waves.” But more often, he’s content showing off his songwriting chops in more subtle ways, as he does on the sublime “She Was Stolen.” On the romp “Blackbird and the Fox” (featuring old friend Ani DiFranco) Dulli shows versatility not seen since the band’s covers album She Loves You. But the gem of the album is the coda- “Dynamite Steps.” Coming in at nearly 7 minutes, the title track encapsulates the album as a whole as it glides through its various movements, only to reach its climactic point as Dulli proclaims a much deserved victory.

Select Cuts: On the Corner, She Was Stolen, Blackbird & the Fox, Dynamite Steps