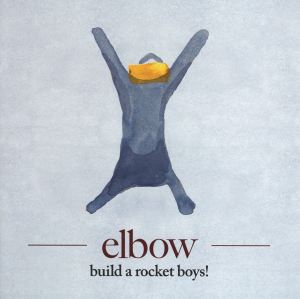 Elbow just may be the UK’s best kept secret. That or I’m just (unsurprisingly) very late to the party. Apparently these lads have been banging out records for close to a decade. Heck, they won Britain’s prestigious Mercury Prize in 2008 for The Seldom Seen Kid, yet I knew nothing of them until I discovered this little-known gem of an album. The title is emblematic of one of the central themes of which lead singer Guy Garvey sings: youth, adolescence and his fond reflection of that period in his life. Musically, Garvey counts Peter Gabriel as one of his biggest influences, and it doesn’t take long to hear it in the music, all the way down to the general timbre of Garvey’s voice. But their sound also reminds me of The National in the way that their songs shift gracefully between the bombastic (“Open Arms”) and the sombre (“Lippy Kids”).  Ultimately, Build a Rocket Boys! isn’t all that accessible. Rather, it grows on you slowly until you realize that the music is first rate and the songs endure making it one of the year’s best.