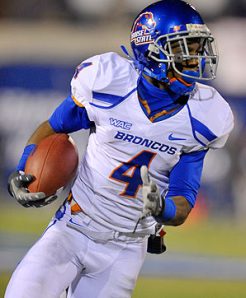 I guess it’s silly season in Allen Park. Instead of addressing several pressing needs, the Lions instead opted to draft WR Titus Young from Boise State. I’m sorry, but this makes no sense. Drafting for talent in favor of need only makes sense when you’re taking a guy that’s too good to pass up. While it’s certainly possibly that Young could be a productive player, I find it hard to believe that Young graded significantly higher than some of the other players available. Why not take a flyer on DaQuan Bowers? Or how about Ben Ijalana? Surely Bill Polian knows a thing or two about the draft.

Honestly, the only positive thing I can say about this pick was that I got to hear some “Barry Barry!” chants after former Lion great Barry Sanders announced the selection.