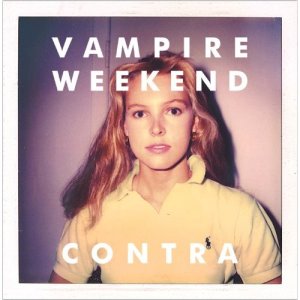 New York based prep-rock outfit Vampire Weekend makes the list with their sophomore release Contra; a step forward from their self-titled debut.  Adored the world over, these guys are recognized just as easily by their good lucks as they are their catchy tunes.  And while Contra is no less twee than their debut, it does show some maturity.   Overall the sound is more digital than analog, and not every song sounds like it should be background music for a clambake in The Hamptons.  But the best thing about Contra is that you don’t have to buy the cd in order to hear the music.  Just turn on the TV.  Apparently holiday retailers can’t get enough of these guys either.