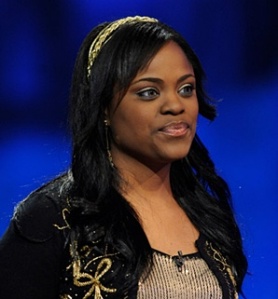 I’m not surprised that Paige Miles went home, just disappointed; in her that is.  I think she has one of the best voices in the competition.  Unfortunately, it takes a little more than that to proceed through what can be a pretty fickle process.  I think she has more talent in one finger than Tim Urban has in his whole body.  However, she really didn’t appear to be on solid footing throughout the latter stages of the competition and her rendition of “Against All Odds” was nothing short of dreadful.  On the other hand, Urban at least has appeal to a wide swath of the electorate (teenie boppers), which probably saved him, despite his last two weeks.  But his run won’t last either.  In fact, I predict that either Urban or Andrew Garcia (who surprisingly made it through this week) will be the next to go home.