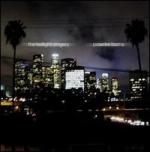 #16.  The Twilight Singers- Powder Burns (2006): Former Afghan Whigs front man Greg Dulli (performing as the Twilight Singers) once again delivers with Powder Burns.   Recorded in Dulli’s adopted hometown of New Orleans during and in the wake of Hurricane Katrina,  Powder Burns was in some ways a return to form.   His previous album “She Loves You” was a collection of cover songs featuring works by John Coltrane and Bjork among others (no really).  Like much of Dulli’s music, Powder Burns delivers on raw emotion.  But this time, recording sober, and with Katrina as a backdrop, Powder Burns brings out the demons.  But its not all doom and gloom.  The album shines most brightly on  “Forty Dollars,” a fun romp about love with Dulli offering plenty of it.  But this isn’t just any old love song.  In Dulli’s snarky, misanthropic way, he claims “love don’t mean a thing but 2 a.m. and a telephone ring.”   Not yet done, he has a little fun with the tune quoting a few Beatles tunes.  But Dulli knows when to pull back and he does so with skill on more understated tracks like “Candy Cane Crawl” and “The Conversation.”  One of the most listenable albums I’ve heard in some time, it really delivers with soaring melodies, great guitar work, and the signature Dulli vocal style- basically sounding like a guy that’s just smoked a pack of Marlboro Reds while drinking a bottle of Jack.  If you dig some good old fashioned 90’s influenced alt-rock, I implore you to check this one out; it does not disappoint.